The groundbreaking ceremony marks a new renaissance for Sihanoukville, as the developer is building a bustling coastal city that could more closely resemble elite cities in the neighboring regions. The BAY OF LIGHTS is set to build 9 districts of Gateway, Riverside, Golf, CBD, Marina, Downtown East, Downtown West, South, and Seagate. 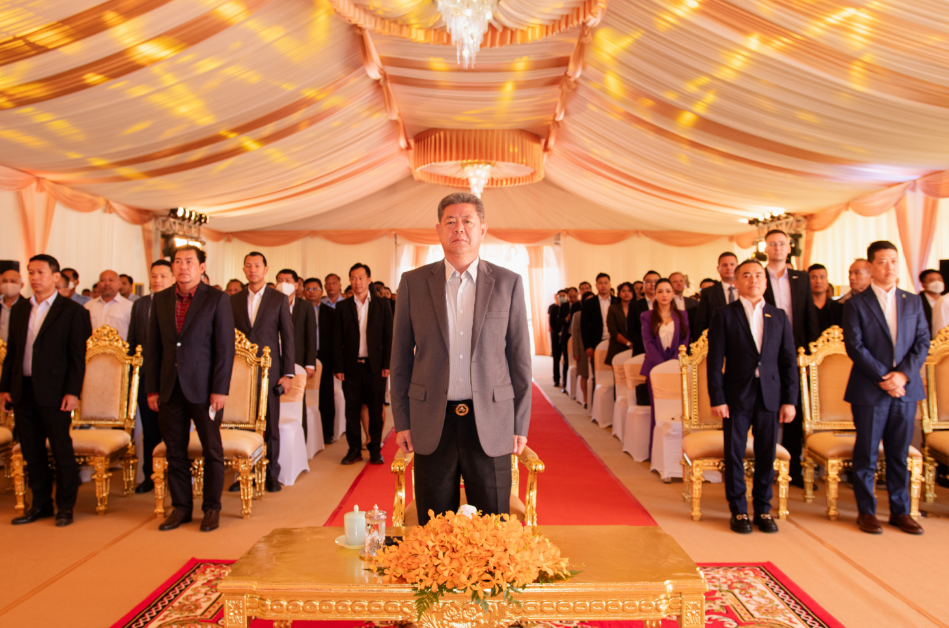 Managing Director, Ian Tan, said they expect construction for Startup Phase of 50-ha, a key catalyst for the 934-ha BAY OF LIGHTS township to complete in 2030, starting with the commencement of this entertainment hub featuring a beach club, 60 keys cabin lodging along the coastline, a go-kart track, reverse bungee jump, and paintball, to complete by the first half of 2023. “Sihanoukville being Cambodia’s only coastal region, will play a key role in continuing Cambodia’s fast growth over the next decade. Being a relatively untapped market across the ASEAN region, one of the biggest markets in the world, we are confident that BAY OF LIGHTS will accelerate this trajectory further,” said Ian Tan. “With this 934-ha project taking off so rapidly, we envisage to provide job opportunities, train young Cambodian professionals, and in turn inject enormous momentum, to the urban development and the national economy of Cambodia, specifically the province of Sihanoukville,” Edward Lee, Chief Executive Officer of Prince Real Estate Group, stated during the groundbreaking ceremony.

Exciting One-Stop Entertainment, Come 2023, at the BAY OF LIGHTS International standard beach club that comes with a pool bar, DJ booth, cabanas, al-fresco dining, and lawn that will be operated by one of Indochina's renowned entertainment operators, Sailing Club, featuring exclusive beach parties and regional DJs all year long.

Nestled along the coastline of Ream, the 60 keys lavish yet affordable cabins lodging will bring the beach communities alive, with an unmissable nightlife scene, targeted to be operational in the second quarter of 2023.

At 32 meters thrilling height, the reverse bungee jump facility will be the first coastal bungee in Cambodia, targeted to be operational in the second quarter of 2023.

International racing track standards that will host go-karting championship, the karting track of 1.3 km with 21 laps is expected to be operational third quarter of 2023.