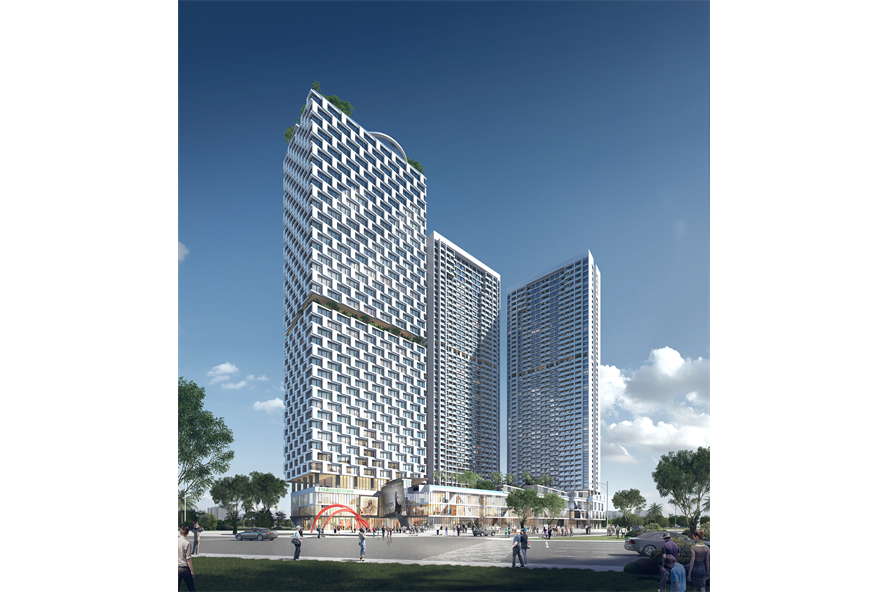 A Hub for International Youth Across 220,000m² in The Central Business District

Prince Happiness Plaza is located in the core of Phnom Penh Central Business District. In the first two stages of our development roadmap, Prince Happiness Plaza, Prince Central Plaza and Prince Modern Plaza will be completed followed by Prince Times Plaza, an upcoming project. Together, they will represent the prime landmarks in central Phnom Penh.

Prince Happiness Plaza is located in Khan Chamkarmorn, an important administrative/commercial center in Phnom Penh with premium land and housing value. Famous landmarks such as the Independence Monument, the National Museum of Cambodia, the Royal Palace and the national embassies of Australia, Japan, Thailand, Russia and Malaysia are within walking distance.

With rapid economic growth and the influx of foreign talent, land and housing in Khan Chamarkarmorn commands a premium and the area is also a prominent real estate investment destination. Rent and land prices in this part of the city are at the top end of the market in Cambodia.

Prince Happiness Plaza is situated on Monivong Boulevard, the main commercial axis of Phnom Penh and the road to the new airport. The golden transport network of Monivong Boulevard, Yothapol Khemarak Phoumin Boulevard (271), and Hun Sen Boulevard enable convenient access from the Plaza to other places in the capital.

In the surrounding area, one can access national-level facilities such as First Center Polyclinic, Bayon Phnom Penh Clinic and other hospitals with leading medical resources, International School of Phnom Penh (ISPP), Paragon University Cambodia, Royal University of Law and Economics and other international school resources.

Situated close to healthcare, educational, entertainment, commercial, tourism and other types of amenities, Prince Happiness Plaza meets the needs of global elites for their living, business, vacation and entertainment aspirations.

Residents will be treated to international living standards with hotel-Style lobby, 24-Hour concierge, fully-furnished residences, and access utilities such as a sky bar, an infinity pool, a high-end fitness club, etc. ensuring world class service throughout the day.

Finally, the Plaza presents an unobstructed 270° panoramic view of the Mekong River presenting the most beautiful skyline in Phnom Penh, re-defining luxury living in the city. Diamond One
Located at the center of Diamond Island